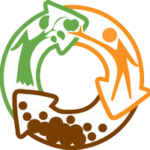 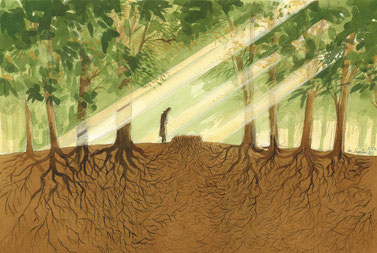 “Giving life after death by regenerating the earth”

Humusation is a controlled process of transformation of human bodies by micro-organisms, which are present only in the first few cm of soil, in a compost of wood shavings, which in 12 months transforms the mortal remains into healthy and fertile humus.

I want to understand (FR)

It’s a respectful and sustainable process of return to the earth.

It’s a controlled process of transformation of human bodies by the “humusers” (micro-organisms that  only live in the first few cm of soils + dead body microbiota) in a compost made out of shredded pruning wood, which transforms, in 12 months, the mortal remains into healthy and fertile Humus.

I want to understand (FR)

Because, unlike burial and incineration, humusation creates a rich humus that can be used to regenerate soils. Ecologically and economically, humusation is the solution to allow our bodies, at the end of their lives, to follow the complete cycle of soft transformation.

I reduce my impact (FR) 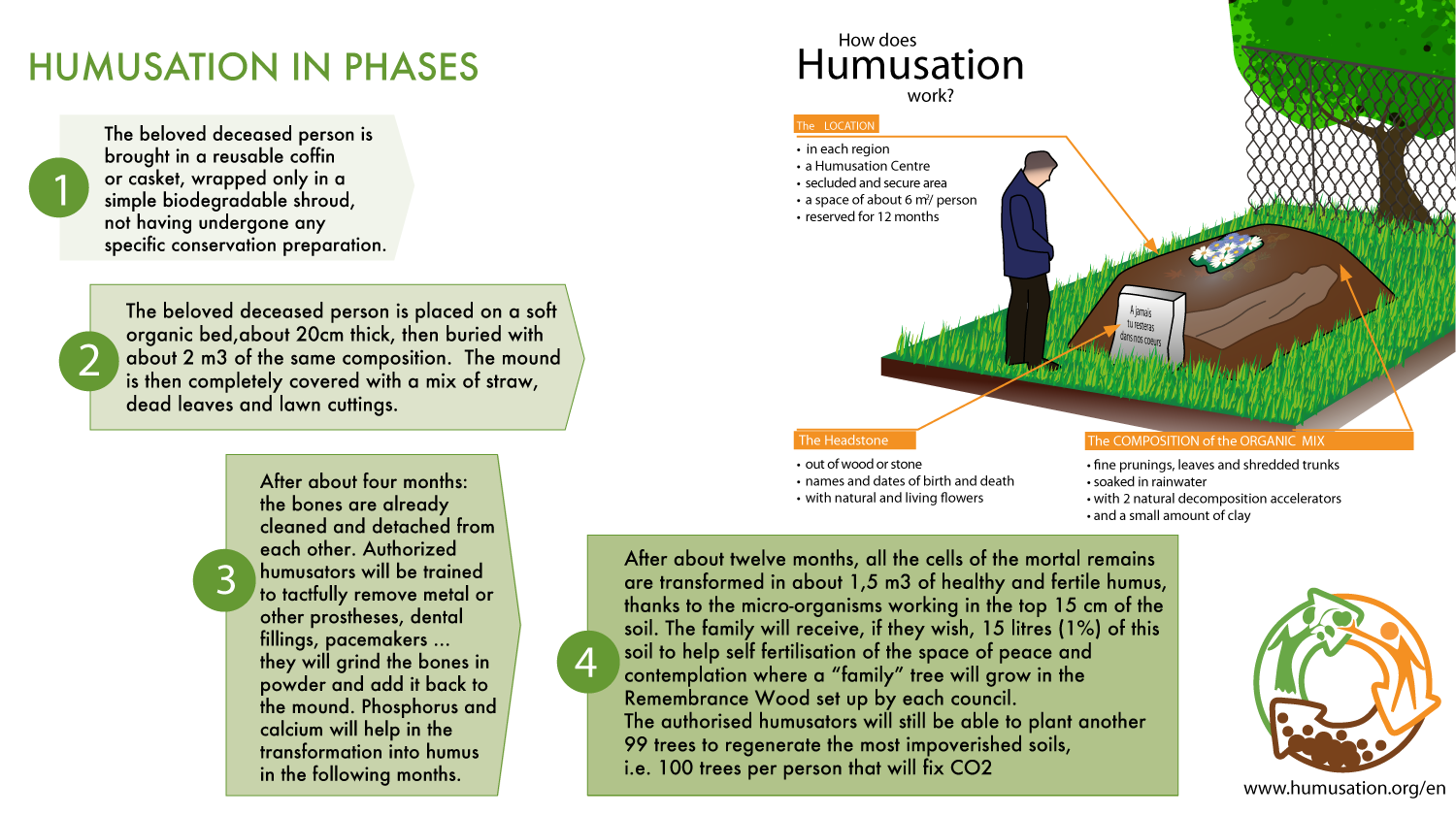 To save it for free, right click on the image and save it.

An innovative idea that needs your support.

When we die, we usually have only two options for our body: burial and cremation. Both are very polluting and break, irremediably, the virtuous circle of Life on Earth. With humusation, it is possible to remedy all these problems.

The OBSTACLE to be lifted is the LAW

Only burial and cremation
are allowed in most countries!

In Wallonia, we have already obtained a step towards the legalisation of Humusation:

The legislator has already provided for the place for one or the other mode of alternative burial since January 23rd, 2014 …
But it’s still not done !!!

As a world first, the word humusation already appears in the funeral legislation of the Brussels-Capital Region
since 9 November 2018 ….

But waiting for the adoption of the “application decrees” so that all the many people who already really want it can finally benefit from this “special treatment”, when their time comes!

Is Humusation close to the Washington State “Recompose” process ? 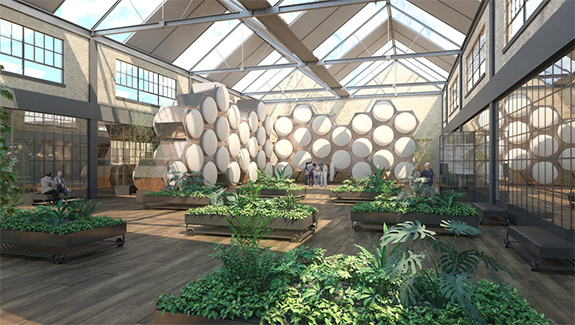 Recent publications in the national and international press of information about the “RECOMPOSE” process from the “Seattle (USA) group” have revived interest in funeral rites”.

Since the beginning of 2014, these people aim to set up a very lucrative business worldwide through the composting of humans, which is contrary to the intentions of the Foundation, nor with the mentalities in our regions.

The Foundation has been following this work for several years; we have tried to get closer to this group but without success.

It is therefore out of the question to translate RECOMPOSITION by the term HUMUSATION, which is what some French-speaking newspapers and sites have done. Indeed, many important points differentiate these two processes of decomposition of human remains.

RECOMPOSE is based on an accelerated, highly technological process lasting less than 2 months; the body is introduced into a large rotating metal cylinder containing vegetable matter into which humid air at 50°C is injected as a “burst”.

The duration of the process but also the absence of contact with the soil (living area of the humusers) as well as an important energy input are the first big differences that can be noted as well as the cost for the family!

We are waiting for further information from this team in order to establish a more complete “technical” comparison with HUMUSATION.

Indeed, the experiments that have been carried out on the composting of 6 human cadavers should lead to detailed scientific publications on the real advantages, compared to the “current system”, which could also be useful to support humusation.

Concerning, for example, pathogenic germs, the “general public” publications mention that they are absent from the final compost resulting from RECOMPOSE but we are waiting for the results in the scientific publications to find out more about what happens to bones and teeth, about the formation of stable clay-humic complexes, about the presence (or not) of residual chemical molecules, …

This should, we hope, allow us to obtain, without further delay, the financing of scientific tests in Wallonia, France,… by our political “authorities”, on the humusation of human remains, according to our “process” aiming at obtaining one and a half m³ of humus, really, healthy and fertile with qualities close to the “Terra Preta” of Amazonia.

Our aim is to obtain exceptional results, with all the soil obtained.

The humus from a single piece of soil would be able to make the space to grow a hundred trees self-fertile!

This should leave a lasting impression and thus help to quickly win the support of a large part of the population for our new method of burial. It should also allow us to reduce our overall ecological footprint by 5% instead of increasing it by at least 5 to 10% by continuing to choose classic burial and even incineration!

This difference of at least 10 to 15% is not at all negligible as a climate action, while reducing the overall cost of funerals …

And, for families who wish to leave their children, grandchildren,… a still liveable and welcoming Earth, thanks to the financial savings made by choosing humusation over tradition, they will have a budget that will make it possible to compensate for the totality of the CO² emitted by the deceased, throughout his or her life, by having 10 000 trees planted on the edge of the deserts to stop their expansion while (re)creating good living conditions for the local population, which should reduce immigration to Western countries…